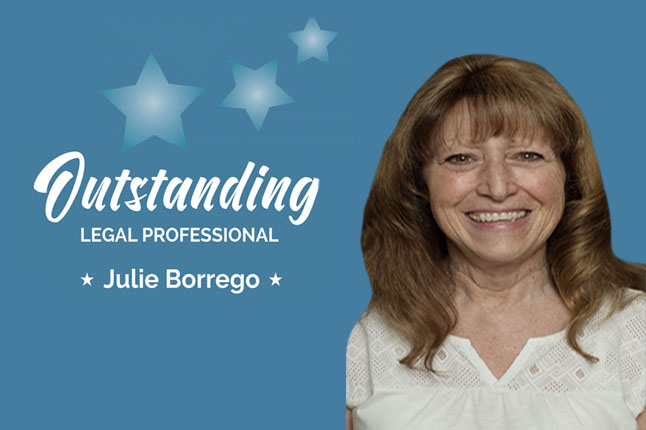 Borrego is known as a problem solver around the Denver office of Merchant & Gould, where she’s worked for roughly a decade. She’s developed her experience in handling the issues of patent work and steps in wherever help is needed in the office.

As a legal assistant, she said she helps out with everything involved in patent prosecution: helping prepare filings for the U.S. Patent and Trademark Office and communicating with clients, billing or docketing.

“Julie ensures everything continues to operate seamlessly,” her Outstanding Legal Professionals nomination reads. “If anyone ever needs anything, Julie is always there. She is reliable and shines with her eagerness. ‘I can count on Julie for anything’ is a sentiment shared by both attorneys and staff members.’” 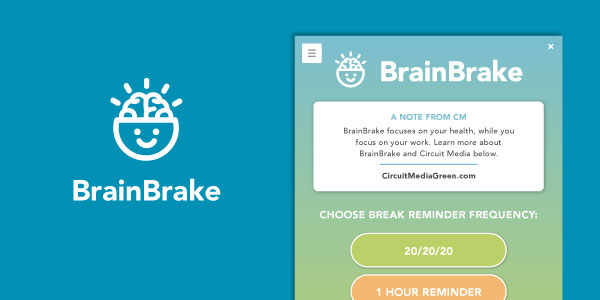 Borrego primarily works with three attorneys in the Denver office, but she steps in to help out anywhere she can. She says that’s just a feature of the office though — everyone works as a team and chips in to help out, she said. But she prides herself on a habit of staying busy and says she jumps in to assist others whenever there’s a lull.

This past year, the Denver office of Merchant & Gould onboarded two first-year attorneys. Both were assigned to an assistant who left the firm only three months after the new attorneys started. Before either attorney even discovered their assistant was leaving, Borrego had already volunteered to help.

According to her nomination, she ensured the continued success of the new attorneys by volunteering to help until a permanent assistant was assigned. She coordinated with both the office manager and the outgoing assistant to make the transition flawless. “In fact, the new attorneys felt that there was no transition at all — everything was handled seamlessly. At times of uncertainty, she steps up to make sure that no one is alone.”

Borrego steps in to help with the summer attorneys as well. Summer clerks are typically expected to coordinate with the assistant of the attorney they are working with, which could  create a system where the summer associates are unsure where to go for help.

Borrego said she’s careful to make sure they know they can go for her and to outline what the boundaries of her help are — she lays out the guidelines of what they can ask of her and also lets them know when she can’t do something.

Earlier this year, when new summer associates joined and their attorney left the office, she volunteered and said she had the bandwidth to help them and laid out what she could help with as a legal assistant.

Her willingness to step up demonstrates what was described to Law Week as her ability to put out fires before they spread. “She never misses a deadline, and she never lets anyone else miss one either.”

She extends that attitude to the firm’s community work as well, acting as the “cheerleader” for the firm’s involvement with AMP the Cause, a Denver charity for children’s health and education.

Borrego coordinates the firm’s annual community day and gets all of the participants involved by sharing information about the activities and making sure everyone knows their role. “Julie empowers others with her passion and affection for helping others. Julie even reaches out to former Merchant & Gould members and includes them in Community Day because she best understands, and represents, the firm’s community spirit.”

That might be expected of someone with decades of legal experience. Or in Borrego’s case, someone who was raised in the law.

She said she’s been in the legal world her whole life; her father had a law degree and her mother worked as a word processor at a law firm. Borrego said she followed in their footsteps by making a career in the law. Her work at Merchant & Gould has been a continuation of a lifetime of legal experience.