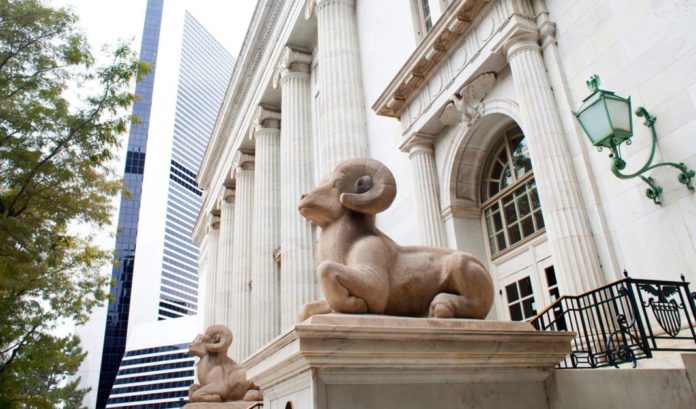 The 10th Circuit Court of Appeals on Monday will hear oral arguments in a case that, like the Masterpiece Cakeshop lawsuit, involves a Colorado business owner who says her religious convictions prevent her from providing wedding services for same-sex couples.

Lorie Smith, owner of web design company 303 Creative, claims the Colorado Anti-Discrimination Act violates her First Amendment rights by forcing her to create websites celebrating same-sex weddings, which she says are against her Christian beliefs.

303 Creative v. Elenis takes up many of the questions left unresolved by the U.S. Supreme Court’s narrow ruling in Masterpiece Cakeshop v. Colorado Civil Rights Commission. In the 2018 decision, the Supreme Court avoided ruling on the constitutionality of CADA, finding instead that the cake shop owner’s First Amendment rights were violated because the CCRC showed hostility toward his religious beliefs.

303 Creative challenges two CADA clauses, alleging they violate Lorie Smith’s  First Amendment rights to free speech and religious exercise. The first, the “Accommodation Clause,” makes it unlawful for a business to refuse the full and equal enjoyment of services to someone because of their sexual orientation. According to 303 Creative, this clause would force it to create wedding websites for same-sex couples.

A second clause, the “Communication Clause,” makes it unlawful to publish any communication indicating that service will be refused or that a person’s patronage or presence will be unwelcome due to sexual orientation. Lorie Smith claims she had wanted to add a statement to her company website explaining that she couldn’t create content inconsistent with her religious convictions, but CADA’s Communication Clause prevented her from doing so.

However, before the court tackles any First Amendment questions, 303 Creative must survive a challenge to its standing. The state argues 303 Creative lacks standing and the dispute is not ripe because the threat of CADA enforcement against the company is largely hypothetical.

The company has never actually offered wedding-related services to any customer, gay or straight. The business has not denied service to anyone based on sexual orientation, nor has Lorie Smith posted her disclaimer explaining her wish to do so. Nobody has ever filed a discrimination complaint against the company, and the Colorado Civil Rights Division has never opened a case or taken any action against it. And while a plaintiff can bring a pre-enforcement challenge to the law, the threat of enforcement must be “sufficiently imminent,” and the state argues 303 Creative has not demonstrated a credible threat of prosecution.

The district court dismissed 303 Creative’s Accommodation Clause-related claims due to lack of standing. The court later dismissed the Communications Clause challenge, finding that Lorie Smith’s intended disclaimer is “a specific promise to engage in unlawful discrimination,” and the government has the right to regulate unlawful activity and prohibit such advertisements.

“I could see the possibility of the 10th Circuit reaching the merits of the Communication Clause question and not necessarily reaching the Accommodation Clause issue,” Holland & Hart’s Smith said.

Jessica Smith said she is surprised the Alliance Defending Freedom, the Christian conservative advocacy group representing 303 Creative, chose the company as a plaintiff for its test case, given the uncertainty about standing. But she added ADF might have gone with 303 Creative because, compared to Masterpiece Cakeshop, it’s easier to argue the plaintiff’s business activities are “expression” protected by the First Amendment.

“A big part of the merits of the First Amendment fight in Masterpiece Cakeshop was the question: Is designing a cake expression?” she said.

“When it comes to designing a wedding website, that seems to be closer to speech than making a cake,” said Craig Konnoth, associate professor of law at the University of Colorado.

“But I still feel that, at the end of the day, if you are a billboard company and someone has rented your space out to put up a billboard, the speech on that billboard is considered to be the speech of the person who has rented it out,” Konnoth said. Similarly, for a wedding website, he added, “it’s not the core speech of the wedding website designer. And I think that is an important point.”

Colorado said in its response brief that CADA doesn’t require a business to design a website with a rainbow flag or the words “Gay Pride Forever” for a same-sex couple if it would decline to design the same site for any customer.

“But if a merchant is willing to design a website featuring certain statements — like ‘Alex and Jordan request the honor of your presence [at a particular date, time, and place]’ or ‘Taylor and Morgan invite you to share their joy’ — for an opposite-sex couple,” the state argues, “then the Anti-Discrimination Act simply requires that business to provide the same commercial service to a same-sex couple.”

Although 303 Creative hasn’t generated as much media buzz as Masterpiece Cakeshop, attorneys, LGBT and religious groups have been watching closely, and dozens of amicus briefs have been filed in the case. If the 10th Circuit declines to reach the merits in 303 Creative, it probably won’t be long before another lawsuit challenges CADA on similar grounds.

“This is basically happening all over,” said Konnoth, who authored amicus briefs in support of the state in both 303 Creative and Masterpiece Cakeshop.

“There’s really a range of these cases across the country being brought by religious conservatives to undermine the ability of LGBT individuals to fully participate in society.”

Similar recent cases have involved a calligrapher in Arizona, a florist in Washington and wedding photographers in Kentucky and Virginia who refused to provide services for same-sex weddings.

“If this [10th Circuit] panel reaches the merits of the First Amendment questions [in 303 Creative], I would very much expect it to go en banc,” Jessica Smith said. And if the company is found to lack standing, she said, there’s a possibility the 10th Circuit judges could signal in their opinion how the case or plaintiff could have been better.

“They could say, ‘We think this is getting close. We think CADA maybe goes too far.

But we can’t actually reach that question because you don’t have standing,’” Smith said. “And that’s a wink and a nod saying, ‘Well, find me a plaintiff with standing and then bring me the case.’”