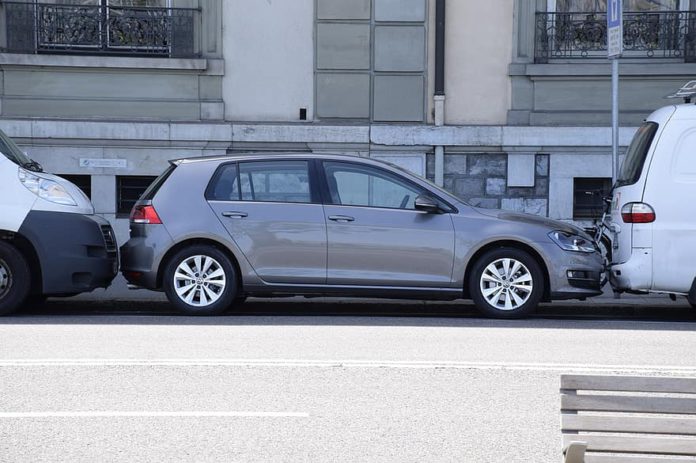 Attorneys in Denver have filed a complaint in New Jersey federal court against Volkswagen, on behalf of car retailer Onyx Enterprises International alleging infringement of a trademark tied to its e-commerce platform.

The complaint lists Denver-based Bradford and the Brooklyn-based Law Office of Vincent Miletti as counsel for Onyx. Aaron Bradford could not be reached for comment on the lawsuit.

The lawsuit concerns Onyx’s online retail platform that it has called CARiD. According to the complaint, Volkswagen announced plans to sell a new line of automobiles and related parts using the brand name “ID.”

According to the complaint, neither Volkswagen neither competitors of Onyx market and sell “ID”-branded products in the U.S. The complaint says the U.S. Patent and Trademark Office rejected Volkswagen’s attempts to register both “I.D.” and “ID” because of likely confusion with Onyx’s iD brand. In February, Onyx declined a request from Volkswagen to license the use of its mark.

In May, the USPTO also rejected Volkswagen’s attempt to register a “CARIAD” mark, saying it would be confusingly similar to Onyx’s separately registered “CARiD” mark. The complaint includes an exhibit showing attempts by Volkswagen to register more than a dozen sub-brands with “ID” in their names, such as ID.Light and ID.Buggy.

“In rejecting CARIAD, the USPTO provides further support for the notion that VW cannot utilize marks that are confusingly similar to Onyx’s mark,” states the complaint.

According to the complaint, Volkswagen has kept its plans to launch an “ID”-branded product line, including a virtual automotive assistant.

“Onyx’s exclusive position as the predominate ID brand in the automotive industry will change the moment VW begins marketing, importation and sale of VW ID automobiles in the United States,” states the complaint. “By design, VW will cause the creation of an entirely new economy around its unlawful, anti-competitive and willfully tortious use of Onyx’s ID mark in association with VW’s ID family of automotive products, accessories, retail, and wholesale services.” The complaint says more than 600 dealerships authorized to sell Volkswagen products that compete with Onyx would sell Volkswagen’s ID line.

“As a result of VW’s marketing efforts coupled with the supporting efforts of dealerships and retailers in support of the VW ID brand, Onyx will be irreparably harmed,” states the complaint.

The lawsuit states that Onyx would not have a way to mitigate dilution of its iD brand if Volkswagen sells its own line of products with an almost identical mark. Harm caused to the iD brand, the complaint alleges, would include efforts by Volkswagen such as its own ID product pages that would take traffic away from Onyx’s platform and purchasing clicks and search results. According to the complaint, Onyx’s competitors don’t currently use paid advertising efforts or organic search optimization to bring traffic to their websites using the ID brand name.

The lawsuit says Onyx began using its iD brand in 2008, before there was widespread demand for purchasing automotive products online. According to the complaint, Onyx has a bigger online presence than its competitors such as AutoZone. According to records from the USPTO, Onyx’s trademark for its CARiD mark was first registered in November 2009.

Through the lawsuit, Onyx is requesting an injunction and damages for trademark infringement, unfair competition, false designation of origin, and dilution under the Lanham Act. The suit also requests damages for trademark infringement, unfair competition, and deceptive trade practices under the New Jersey Consumer Fraud Act. Because the infringement is willful, claims the complaint, Onyx is requesting damages to be tripled.

“Upon VW’s launch of the VW ID brand, VW will unlawfully cause Onyx to lose all control over how its house mark is used, and it will lose the goodwill that it has cultivated within the automotive industry, backed by hundreds of millions of dollars of investment in technology and marketing,” states the complaint.