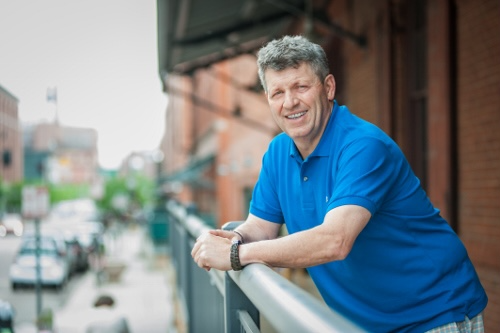 Bryant “Corky” Messner, founding partner of the local firm Messner Reeves, has transitioned into an active chairman role for the firm as partner Caleb Meyer steps up to lead it as its new CEO. While changings positions in the firm, Messner said he intends to continue practicing and supporting the growth of the firm and its new leader.

The decision to bring a new CEO into leadership of the firm has been in the works for some time, Messner said. Since its founding, the firm has had an entrepreneurial attitude toward the practice of law, and Messner added that a change in leadership is good business practice.

“If you do it in a very organized, well thought-out way, it actually ends up really helping the business,” he said. Messner said the culture of the firm has always been to run it like a business, and he’s been thinking about succession plans for five to six years.

Messner Reeves first opened its doors in April of 1995 as a startup-focused firm, according to the firm’s website. In the past 25 years, a pool of five attorneys in Denver has grown to more than 100 attorneys across the country. The firm now has offices in California, Utah, New York and, as of recently, Arizona and Nevada. The self-described “full-service” business firm offers corporate law and litigation specializations representing single entrepreneurs to Fortune 500 companies.

Meyer, the new CEO, stood out as a potential candidate throughout the succession discussions. “[Meyer] has done an outstanding job of embracing the firm culture,” Messner said of his successor. “And he’s done a great job of building his practice — he’s an outstanding leader … and he’s won the confidence of the law firm.”

“It’s a great honor for me to take over this role at this firm,” Meyer said. “I’m taking over leadership of a firm that is already so well positioned to be successful and already built a platform that can continue to grow not only at a local scale, but a regional scale and a national scale.”

Meyer said he intends to lean on Messner for his leadership, advice and experience within the industry, and “continue to realize all the goals and realize the vision as Corky always intended it.”

Meyer’s background is in the firm’s litigation practice group, where he focuses on trial advocacy and client representation ranging from insurance companies and business entities to individuals. A University of Denver College of Law graduate, Meyer has also been actively engaged in drafting legislation related to civil litigation.

“He’s the person to lead the firm into the future and to take it to the next level,” Messner said of Meyer. Messner, a West Point graduate, quoted an Army adage saying to either lead, follow or get out of the way, and that now it was time for Meyer to lead and for himself to follow.

However, following doesn’t mean quitting the business. Messner said he will continue to offer guidance and support Meyer’s growth as CEO, but he will continue to pursue his own practice, which covers many aspects of general business transaction, ranging from real estate transactions, M&A, divestitures, corporate restructurings and more, in addition to running the firm.

But both the current and former CEO have their sights set on growth for the firm. Meyer said he continues to envision the firm as a “a local firm with a strong national presence, with clients all over the country, and even internationally potentially.”

Messner said he believed that the growth of the firm will continue on being as “aggressive” into the future at all levels of the firm. “I’ve always believed, from the beginning, you have to grow or you’re going to die,” he said. “And the way to grow is to empower people and allow them to do great things for the firm.”

Meyer said that first and foremost, the firm was able to thrive and grow in 2020 and beyond because of the quality of people at the firm across the different areas. At the end of the day, Meyer said the success of the firm was from the people and attorneys working for the firm raising up to the challenges.

Meyer said he felt that the people who work at Messner Reeves are the key to the firm’s success and growth across the different aspects of the firm. Messner said that in recruiting lawyers an entrepreneurial spirit was something the firm searched for.

Messner said he has a deep conviction and belief in people. He said he believes that people empowered properly and the freedom to excel, and receiving support, a culture is established focused on growth.

“It’s turned out to have worked very well,” he said.