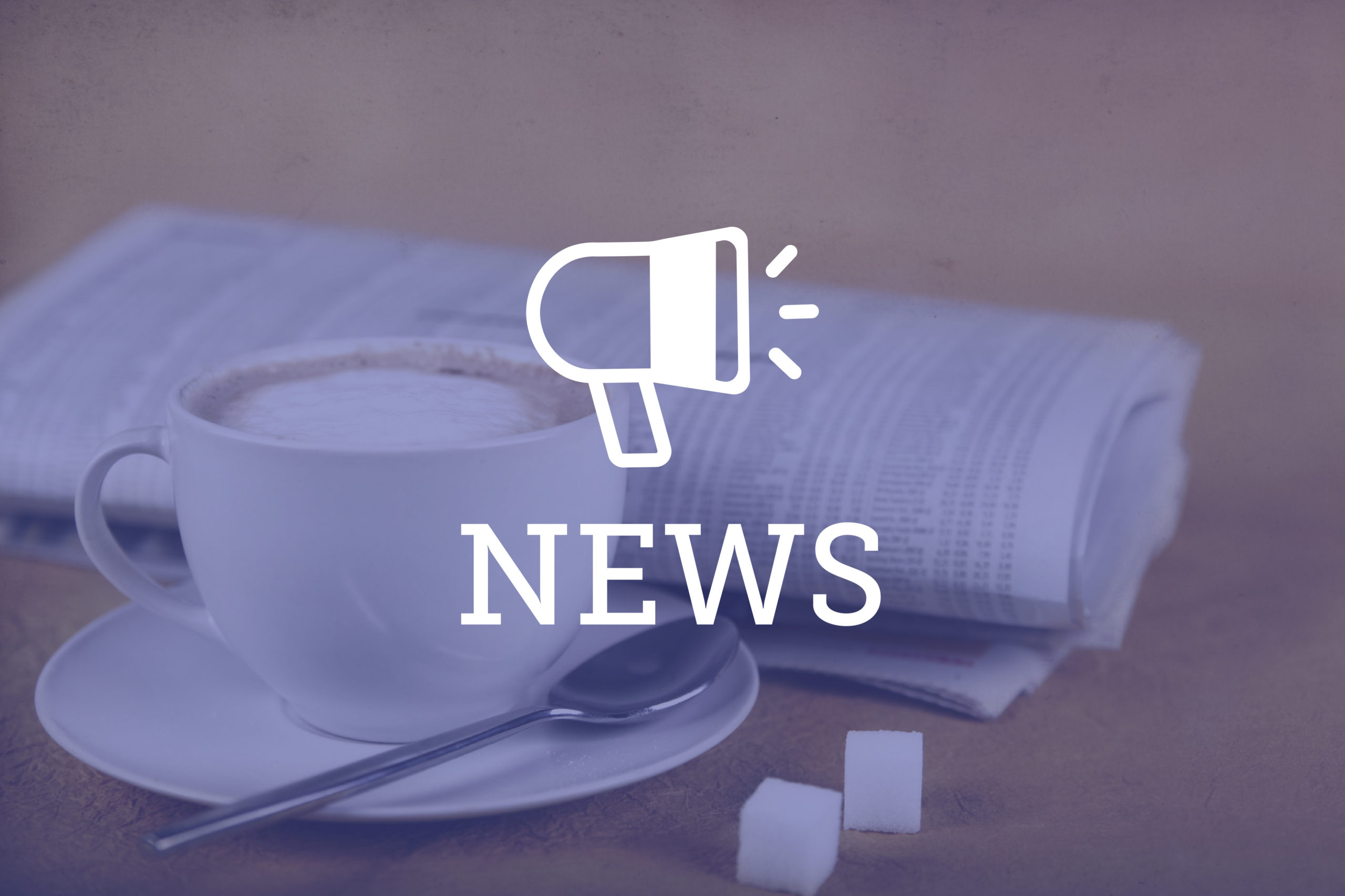 The country’s largest national wildlife refuge was on the auction block last week as the Trump administration sold fossil fuel exploration leases that could lead to the conversion of its fragile coastal plain to an oil field. The move brings the Arctic National Wildlife Refuge closer to industrialization than it has been during more than 40 years, since the fight over preservation of its wilderness qualities began.

The Bureau of Land Management on Wednesday auctioned 10-year access rights to about 550,000 acres in a portion of ANWR known as the Section 1002 area, the easternmost section of Alaska’s North Slope that lies east of Prudhoe Bay, site of the country’s largest oil field, and the National Petroleum Reserve – Alaska.

Kara Moriarty, president of the Alaska Oil & Gas Association, said the industry believes there are 6-10 billion barrels of oil beneath the coastal plain, based on a 1987 estimate by the U.S. Geological Survey. “There’s probably more there than that, but that’s what they think is economically recoverable,” she said. The field at Prudhoe Bay has produced about 15 billion barrels of petroleum, or about one-fifth of all U.S. consumption since its exploitation began. 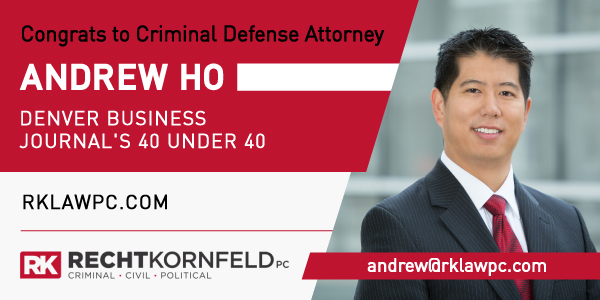 Three bidders — two small companies and Alaska’s economic development corporation — participated in the lease sale. Despite a Congressional Budget Office projection that ANWR leases would generate $1 billion to offset the loss of more than $1 trillion in government revenues from tax cuts, the lease sale drew a total of $14.4 million in bids. The lower-than-projected proceeds are consistent with a prediction by Taxpayers for Common Sense, which concluded in an August 2019 report that the U.S. government is likely to receive only 4.6% of the revenues anticipated by Congress when the ANWR coastal plain leasing was mandated.

Moriarty said she thinks the lack of interest is a reflection of continued turmoil in the industry. “I think the sale today reflected the fact that the industry is still reeling from one of the most unprecedented economic losses in [its] history,” she said. “At one point in 2020, we had negative oil prices. I think the lease sale was a reflection on that. There’s certainly a lot of regulatory uncertainty surrounding a frontier area like the coastal plain.” Whether controversy surrounding the lease auction dissuaded major oil companies from participating is not known. Opponents of ANWR exploration have long argued that it will do irreparable damage to the sensitive ecosystem and biodiversity there. ANWR, sometimes labeled “America’s Serengeti,” provides habitat for more than 200 bird species from six continents, 45 mammals, and 42 fish, including Arctic fox, caribou, golden eagles, grizzly bears, moose, muskoxen, polar bears, tundra swans, wolverines, and wolves. The coastal plain is a vital denning area for polar bears, provides breeding space for at least 135 bird species, is essential to the survival of the 123,000-individual Porcupine caribou herd and muskoxen and, overall, is the heart of ANWR’s biological productivity. “It would cause devastating impacts to the amazing variety of wildlife that call the refuge home,” Monsell said. “Everything from noise pollution to habitat destruction, oil spills and more climate chaos.”

Scientists largely agree with the conclusion that energy extraction on the coastal plain is incompatible with wildlife conservation goals. “Decades of biological study and scientific research within the Arctic Refuge have confirmed that the coastal plain specifically is vital to the biological diversity of the entire refuge,” according to a letter sent to Alaska’s U.S. senators by dozens of wildlife scientists in 2017.

Moriarty insisted these concerns are unfounded. “The proof in Prudhoe and across the North Slope is absolutely contrary to that whole notion,” she said. “We have coexisted with wildlife on the north slope for 40-plus years and counting. She recited a litany of industry efforts: “We go above and beyond to work with local subsistence hunters, work with biologists on migration patterns, [and] we build causeways where interconnecting pipelines between fields into the large Trans-Alaska pipeline are often elevated so that caribou can cross under,” she said. “During [the] exploration season, we use infrared technology to identify polar bear dens and we’ll build ice roads around identified dens.”

Monsell disagrees. “They are already suffering numerous impacts from climate change,” she said. “Any impact to polar bears is of concern. Here, we’re talking about oil and gas activity in habitat that’s designated as critical habitat, as habitat that is essential for the survival of the species.” Monsell said polar bears would be very likely to experience impairment of their freedom of movement from their dens to the coast and be subjected to human disturbance.

Environmentalists also worry about the impacts of potential oil spills at ANWR on the region’s wildlife. Spilled oil persists in the environment for a long period; residue from the March 1989 Exxon Valdez release in Prince William Sound, Alaska, persists on the state’s coast today. “An oil spill is an inevitable part of dirty oil and gas development,” Monsell said. “A spill in this area could have devastating impacts, both because it would be impossible to clean up and because of the vulnerability of the wildlife in the area to the impacts of the oil spill.” Mammals lose essential insulation as their fur is soaked and bird feathers become unable to repel water when covered in crude, leading to hypothermia deaths. Dolphins, turtles, whales and other animals are likely to inhale or ingest oil and become poisoned. Oil spills also harm fish and plants.

History does indicate that major spills on Arctic land in Alaska are rare — there have been only three significant releases from the Trans-Alaska Pipeline since it was constructed — and Moriarty argued that oil companies will be ready to deal with any incidents. “Obviously we do everything we can to mitigate, prevent and prepare to respond in case there is an incident,” she said. “That’s the last thing the industry ever wants, any type of escapement of any size.” However, Moriarty also said releases are an unavoidable risk of extraction. “There is no guarantee anywhere in the world that there won’t be some type of incident,” she said. Despite the possibility that a spill could occur, she said, exploration in the Arctic is not new and new inventions will lower the risks of environmental harm from releases. “This is not something that’s new and untested,” Moriarty said. “And technology changes. The technology today, my guess, is probably going to continue to improve and be enhanced by the time you ever see production from the north slope.”

A federal judge in Anchorage denied an injunction against the lease sale on Tuesday that had been sought by environmental protection advocates and Native Americans in three separate lawsuits. Judge Sharon Gleason ruled that the issuance of leases will not itself lead to environmental damage at ANWR because “potential exploration and development proposals” related to the coastal plain will be subject to further study.

Erik Grafe, an attorney at Earthjustice who represents environmental protection advocates in one of the cases, promised that litigation aimed at stopping exploration at ANWR will continue. “We will continue to press our case that the agency approved the program unlawfully and that its decision should be overturned,” he said in a statement. A fourth lawsuit aimed at blocking ANWR oil extraction filed by 15 states is also pending.

Gleason “left the door open to go back to the court and seek an injunction in the event that the feds authorize seismic activities, for example,” Monsell said. “The case is by no means over.” Seismic surveying must occur before construction of any infrastructure is possible, a step that Monsell said involves acquisition of required permits from two U.S. Department of Interior agencies. “One is a permit from the Bureau of Land Management to authorize the seismic activity itself,” Monsell said. “Then there is an authorization from the Fish and Wildlife Service that would allow them to harass and harm polar bears.”

The latter is required because the polar bear is both a marine mammal and a protected species under the Endangered Species Act. “The seismic proposal will cause a host of problems for polar bears,” Monsell continued. “It will disrupt their essential behaviors, and it could even cause the death of polar bears by the heavy machines that are used in the seismic operations, the 45-ton trucks, that could run over polar bear dens and crush polar bears to death. It could also scare them out of their dens before the cubs are old enough to survive outside of the dens. They could die of exposure.” A comment period regarding issuance of a permit expired Thursday.

President-elect Joe Biden has said he opposes drilling at ANWR, and Monsell said she and other public interest environmental lawyers believe there are a number of legal avenues that could allow his administration to backtrack on the march toward conversion of the coastal plain to an oil field. “The law gives the administration the authority to cancel a lease sale if it determines that they were unlawfully issued,” she said. “The lease sale itself, as well as the seismic proposal, is all based on an underlying record of decision that is the product of rash and reckless decision making that doesn’t comply with the law.”

She also said the environmental protection community is concerned that the lease sale itself was infected by several legal pitfalls. “We think there are sufficient grounds for the administration to cancel the lease sales,” she said. “The primary bidder is a state corporation. There’s a significant legal question as to whether the state is even an eligible bidder under federal law and whether that entity can hold a lease if it doesn’t have an intent to drill itself, which it seems like it doesn’t.” According to a Dec. 22 report in Anchorage Daily News, the Alaska Industrial Development and Export Authority intends to sublease any tracts it obtained at the auction.