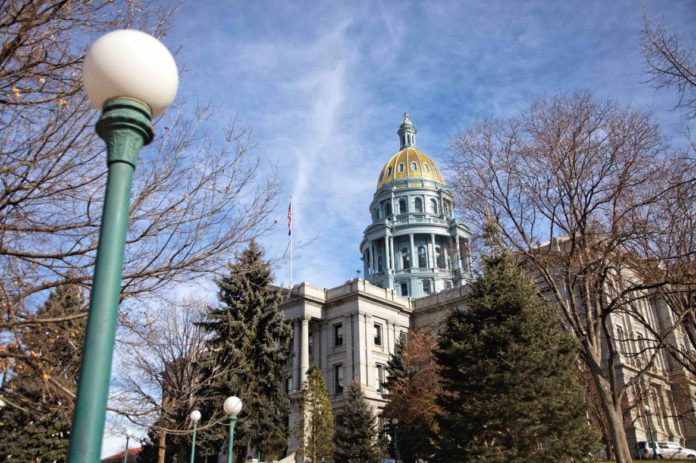 While the General Assembly managed to pass some high-profile criminal justice-related laws last session, including a repeal of the death penalty and a bill to eliminate the qualified immunity defense for law enforcement officers, several others were derailed by the pandemic.

Lobbyists in the criminal justice realm say many of last year’s ill-fated reforms, such as bills on felony murder and child pornography laws, are expected to get another chance when the legislature returns next month. Lawmakers are also expected to consider changes to extortion laws and court fees in juvenile delinquency cases.

The Colorado Criminal Defense Bar is focusing on two bills for the upcoming session, according to Tristan Gorman, the organization’s legislative policy coordinator.

The first is a felony murder reform bill. Colorado’s felony murder rule allows a defendant to be charged with first-degree murder if a victim dies during the commission of certain felonies, including arson, robbery, burglary, sexual assault and kidnapping — even if the death wasn’t intentional. The reform bill would reclassify felony murder from a first-class felony to a class 2 felony, allowing judges more discretion in sentencing. The only sentence allowed for a first-degree murder is life in prison without the possibility of parole.

A version of the bill was introduced during the 2020 session but didn’t pass due to the pandemic and the suspension of the legislative session. A similar bill was put forth in 2017 but was rejected in a Senate committee vote.

However, Gorman said, there has been a move to reform felony murder laws across the country. In 2018, California revised its felony murder laws so that only defendants who actually commit a killing or accomplices who intended to kill could be charged with first-degree murder. The legislatures of Hawaii, Kentucky, Massachusetts and Michigan have abolished the felony murder rule.

The felony murder doctrine is a legacy of English common law, Gorman said, and arose during a time when any felony was punishable by death. “It does fly in the face of our modern penal code,” she added, “which breaks out offense classification and corresponding sentencing ranges based on the level of criminal intent.” Felony murder has been abolished in many common law countries, including England and Wales, Northern Ireland and parts of Australia, and it has been ruled unconstitutional in Canada.

“The United States is an outlier in continuing to maintain felony murder laws,” Gorman said.

The CCDB is also working on a bill that would eliminate court fees and costs in juvenile delinquency cases. Many juvenile defendants and their families are poor, Gorman said, and the legislation is intended to help youth avoid getting caught in the “revolving door of the criminal system” due to outstanding debts and fees, which in turn may prevent them from getting a job, loan or apartment. She added the legislation would not impact criminal fines imposed by the court or restitution owed to a victim

“We’re just trying to eliminate the practice of paying for any portion of our judicial system on the backs of indigent children,” Gorman said.

While Gorman expects both bills to face some opposition, she said she’s “cautiously optimistic about the outcome.”

The Colorado District Attorneys’ Council plans to bring forth at least two bills for consideration in 2021, according to executive director Tom Raynes.

The first bill is a “reboot” of a bill proposed last session that would modernize Colorado’s laws on the sexual exploitation of children to cover livestreaming, cloud-based services and other technologies that have changed how child pornography is accessed and distributed.

Last year’s bill gained traction early in the session, passing the House unopposed in March but was later killed in a Senate committee as a casualty of the pandemic legislative session.

The Colorado Supreme Court ruled in December that, under the current child exploitation statute, a person who possesses hundreds or even thousands of sexually exploitative images of children should only be charged with a single felony count. Raynes said CDAC hopes to tweak last year’s version of the bill to address the “language problem” that led to that interpretation in People v. Bott.

“We think there should be breakpoints in there to allow more charges than one if an individual has thousands of images of children and is exploiting the children by downloading those images,” Raynes said, adding that conversations with the defense bar and public defender about the change are still early.

Raynes said the CDAC is also eyeing a bill to modify the state’s criminal extortion statutes to better protect people who are vulnerable to extortion due to their immigration status. He said the bill would fill existing gaps in the law to protect, for example, a domestic violence victim who is reluctant to report an abuser or workers who are afraid to demand payment because they’re afraid their immigration status will be exposed.

“As the statute is structured right now, it doesn’t cover those scenarios,” Raynes said. “And we think it should. And I think most people believe it should. So, I don’t expect a lot of resistance.”

Additionally, Raynes said, the CDAC has been involved in the Colorado Commission on Criminal and Juvenile Justice’s efforts on sentencing reform. In June, Gov. Jared Polis issued a letter asking the CCJJ to make recommendations on sentencing reforms with a number of goals in mind, such as promoting rehabilitation, ensuring fairness and eliminating unjustified sentencing disparities.

Raynes said the CCJJ “has been in full gear working on this since summer” to come up with an overhaul of the misdemeanor code. The overhaul could include reclassifying some low-level felonies as misdemeanors and vice versa, he said, and is aimed at “trying to better fit the sentence with the conduct, with an eye toward sentencing alternatives where possible.”

Raynes added the proposal is expected to reach the legislature as a bill by late spring.

The CDAC is also watching a bond reform bill sponsored by Sen. Pete Lee, who co-sponsored a pair of bills last year that would have required bond hearings within 48 hours of arrest and required counties to develop pretrial release programs. The bills died in committee after COVID hit but, Raynes said, “I think there is still a lot of support for bond reform and looking at alternatives.”

Raynes noted he has only seen a first draft of the bill expected this session, but he said he has some initial concerns, especially when it comes to a section “dedicated to unwinding the DUI sentencing that has been worked on for the last six to eight years,” which increased jail time for repeat offenders.

LOBBYING DURING A PANDEMIC

According to Gorman of the CCDB, the pandemic has shaken up lobbying efforts, with phone calls and Zoom meetings replacing more spontaneous face-to-face conversations at the Capitol. “There’s quite a bit of a time crunch on legislators’ time,” she added.

There’s also uncertainty about the exact dates of the legislative session in light of the Colorado Supreme Court’s ruling last spring that the session’s 120 days need not be consecutive. With COVID cases spiking, Gorman said, “we may see another hiatus like [last year’s]. We may see more than one. There’s just a tremendous amount of uncertainty surrounding when and how things are going to proceed.”

The uncertainty makes it difficult to know exactly when committee hearings will be held and schedule people to testify, Gorman added. Raynes said COVID hasn’t changed CDAC’s legislative work too much, and he’s hopeful that by the time the session is in full swing in February, the legislature will have a way to provide live testimony “cautiously and safely” as it did when it resumed in June last year.

He said it’s important for prosecutors to collaborate with judges, defense lawyers and legislators to find “pragmatic and reasonable reforms” to improve the criminal justice system, which has come under growing attention and scrutiny in recent years.

“It’s a compelling and exciting time in the criminal justice realm, because there is always—and should be—examination and reform where warranted,” Raynes said.

“And so we’re at a time where there’s heightened interest in in the system in general and how it can be improved.”