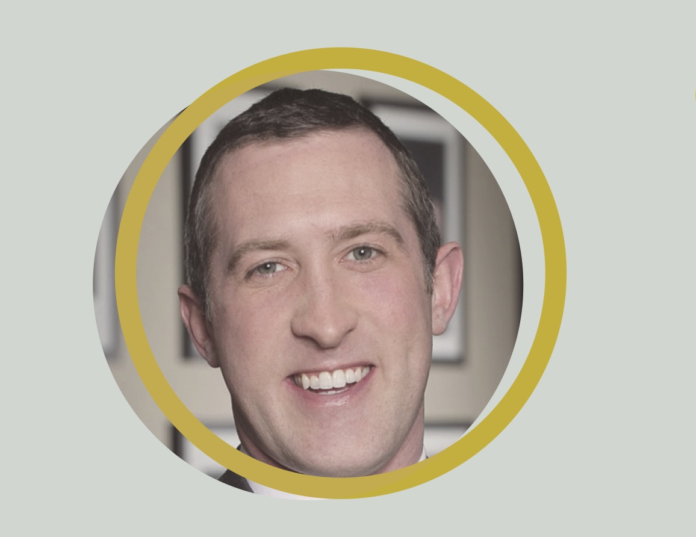 Chris Murray’s law practice is inherently public-facing due to the nature of pursuing cases against governments and government officials, but his political litigation includes an effort to increase public understanding of the legal matters he’s addressing.

Murray graduated from Harvard Law School in 2005 before moving to Denver to clerk for then-10th Circuit Court of Appeals Judge Timothy Tymkovich, who is now the court’s chief judge. He took a job at then-Hogan & Hartson, now Hogan Lovells, and practiced mostly commercial litigation at the firm between 2007 and 2012. Murray temporarily left the firm in 2012 to serve as deputy general counsel for Mitt Romney during his presidential campaign. When he returned to Hogan, Murray said he was still practicing a lot of commercial litigation, but because of his experience in the political arena, he was starting to get calls about constitutional law and other political matters.

As Murray worked more in the political law space, he looked to reach partnership while expanding that area of his practice. He began at Brownstein Hyatt Farber Schreck five years ago and is now a shareholder at the firm.

At Brownstein, Murray has taken on a number of high-profile cases including one in 2019 on behalf of three Republican state senators who challenged the constitutionality of Democrats’ automated, high-speed bill reading in Senate committee hearings. The case, which dissected a constitutional issue regarding a requirement to physically read aloud bills under consideration, is currently being considered by the Colorado Supreme Court. Murray said the automated reading software the Senate president and secretary approved used multiple computers to read the “incredibly long bill” aloud at around 250 words per minute and completed the reading within about four hours. “It sounded like a lot of clicks — kind of like an insect alien invasion,” he said.

Notably, that case addressed the Constitution’s intent for bill readings. Since its drafting more than 100 years ago, the Colorado Constitution wouldn’t have considered a need to specify what reading a bill means in practice without the use of assistive software. Murray said he got a temporary restraining order and a first-of-its-kind injunction against the secretary of the Senate to require bills “be read aloud at a pace that a human being can understand.”

A ruling in the case may prevent the use of assistive reading softwares in future instances where one party might want to speed through a bill reading to get to a vote.

Murray also represents political clients in recounts and other election issues. In 2016, he represented then-Arizona State Senator Andy Biggs in the recount for the Republican primaries in the 5th Congressional District. “The final vote count separating him and his Republican challenger in the primary election was nine votes,” Murray said.

He worked with Arizona attorneys to look into the issue, which ended up being that some poll workers instructed voters to cast ballots in the incorrect precinct, according to Murray. “When the court ordered that entire group to be counted, our candidate ended up gaining votes. And he’s a member of Congress now.”

Murray said his approach in trial is to read judges and juries to see what elements of his argument are most interesting to them to help them better understand historical or nuanced backgrounds to his points. He said being a repeat player in disputes sometimes allows him to dive into more arcane pieces of the Constitution to say, “here’s what I think they say,” and that judges, and occasionally juries “credit for being able to figure that stuff out.” Murray said, “people want to understand this stuff, because who doesn’t want to understand big public issues that affect the rules that we live by. Most people naturally get interested in that.”