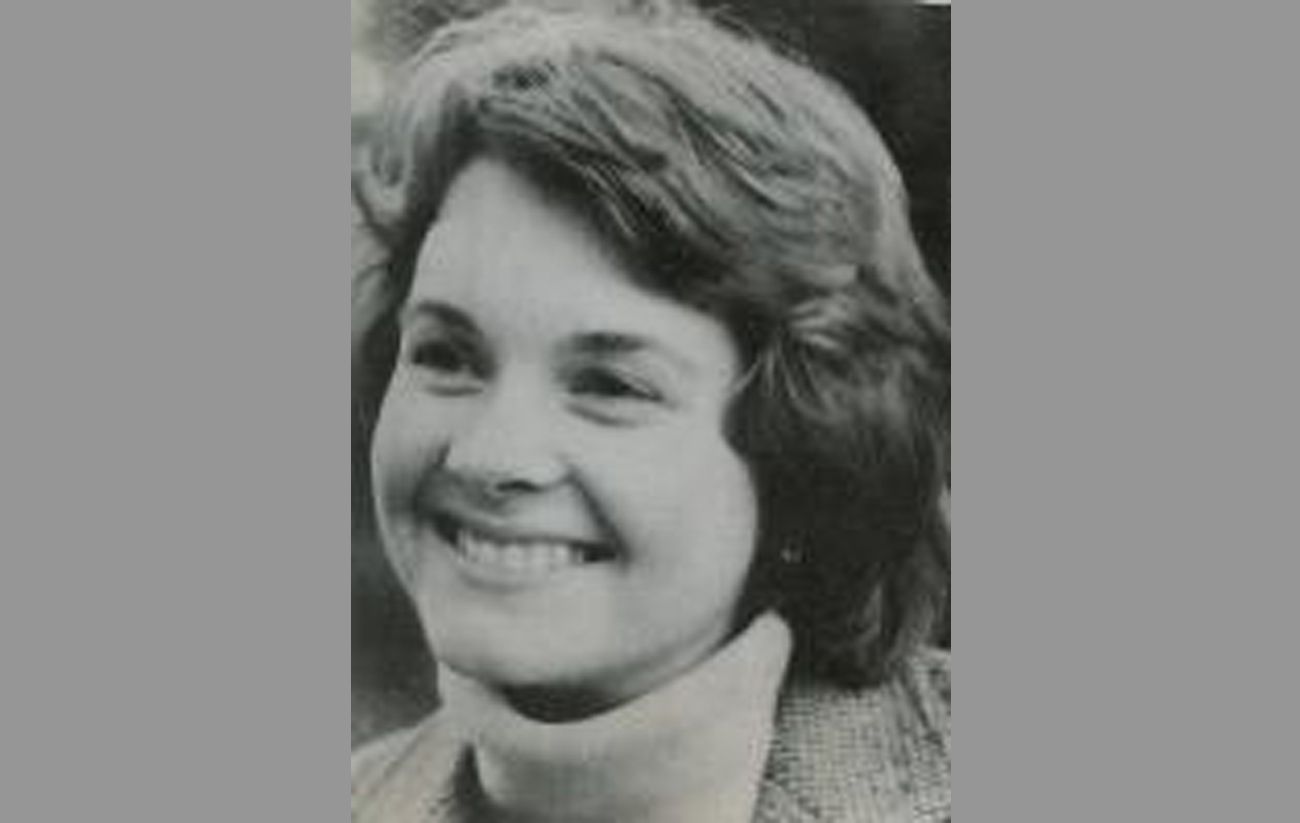 According to a July 2020 Denver Post article, Douglas County Judge Theresa Slade parted ways with Clanton at his sentencing by repeating a line from one of Helene Pruszynski’s poems: “let us live today with every hopeful promise of tomorrow.” Slade went on to say, “you get to keep having that. How you face that is up to you.” / LAW WEEK FILE

Helene Pruszynski went missing on Jan. 16, 1984, and the next day was found dead with stab wounds in what is now Highlands Ranch. Police arrested James Clanton in December 2019 after investigators used GEDmatch.com to identify Clanton based on relative DNA submissions. They compared a surreptitiously obtained DNA sample from Clanton with that of the DNA on file, according to December 2019 coverage from the Boston Globe.

Pruszynski moved to Colorado to work as an intern at local radio station KHOW weeks before her murder. On her way home one evening, she was abducted, raped and stabbed to death. Roommates and relatives grew concerned when Pruszynski never returned home, and her family’s worst fears were confirmed the following day when investigators discovered her body in a field with nine stab wounds in her back.

Investigators had few leads on her killer, and the case went cold until 2017, when detectives began to compare the DNA sample from the crime scene with samples recorded in genealogy databases, according to July 2020 coverage by the Denver Post.

The Denver Post reported Clanton’s arrest could be attributed to a discarded beer mug that was used to obtain his DNA sample and link him to the 33-year-old cold case. Clanton was arrested in December 2019, and he pled guilty to the murder in February 2020. He was sentenced to life in prison without the possibility of parole.

The Washington Post in December 2019 reported Clanton’s arrest “was the latest win for a new type of DNA testing that has raised privacy concerns but also has provided new leads in long-dormant cases across the country.” According to the Washington Post, the most famous instance of genetic database collection leading to a cold case arrest is that of the Golden State Killer, who was identified in 2018 through similar methodology and relative DNA tracing.

District Attorney George Brauchler praised the technological advances and use of the DNA databases by detectives in a press conference, according to the Washington Post. The larger trend of using sites like Ancestry.com to trace relative DNA and narrow down on cold case suspects has drawn controversy as the general public tries to outweigh privacy concerns with the pursuit of long-awaited justice.

Colorado’s current DNA collection program is more robust than those in states such as Wyoming, Iowa, Idaho, Nebraska, New Hampshire and others, which don’t require samples to be collected from felons.

The Colorado General Assembly in 2009 enacted legislation that requires all felony arrests to involve DNA collection as part of the booking process. The state DNA collection program contributes to the federally maintained Combined DNA Index System or CODIS.

That law, also known as Katie’s Law in honor of New Mexico murder victim Katie Sepich, was challenged a number of times in court. The latest Colorado Court of Appeals ruling in 2017 in People v. Valdez established that Katie’s Law didn’t place an “onerous burden on an arrestee.”

This article appeared in the Jan. 18 issue of Law Week Colorado. To read other articles from that issue, order a copy online. Subscribers can request a digital PDF of the issue.