Most DA Races Have Candidates From Just One Party, More Than Half Unopposed
18th District Race most expensive, campaign finance records show

All of Colorado’s 22 judicial districts will elect their top prosecutors in November, and about half of them will see a new official elected to the job.

The 18th District has never had a Democratic DA but has two Democrats vying for their party’s nomination to run against one Republican candidate. The race has seen the lion’s share of the money in all of the 22 races, comprising a third of all funds both raised and spent.

Colorado’s primary takes place Tuesday, so here are some highlights of the DA races. All information is from the Secretary of State’s website. Following the primary, Law Week will dig deeper into the nuances and finances of elections for the top prosecution spot in each district. 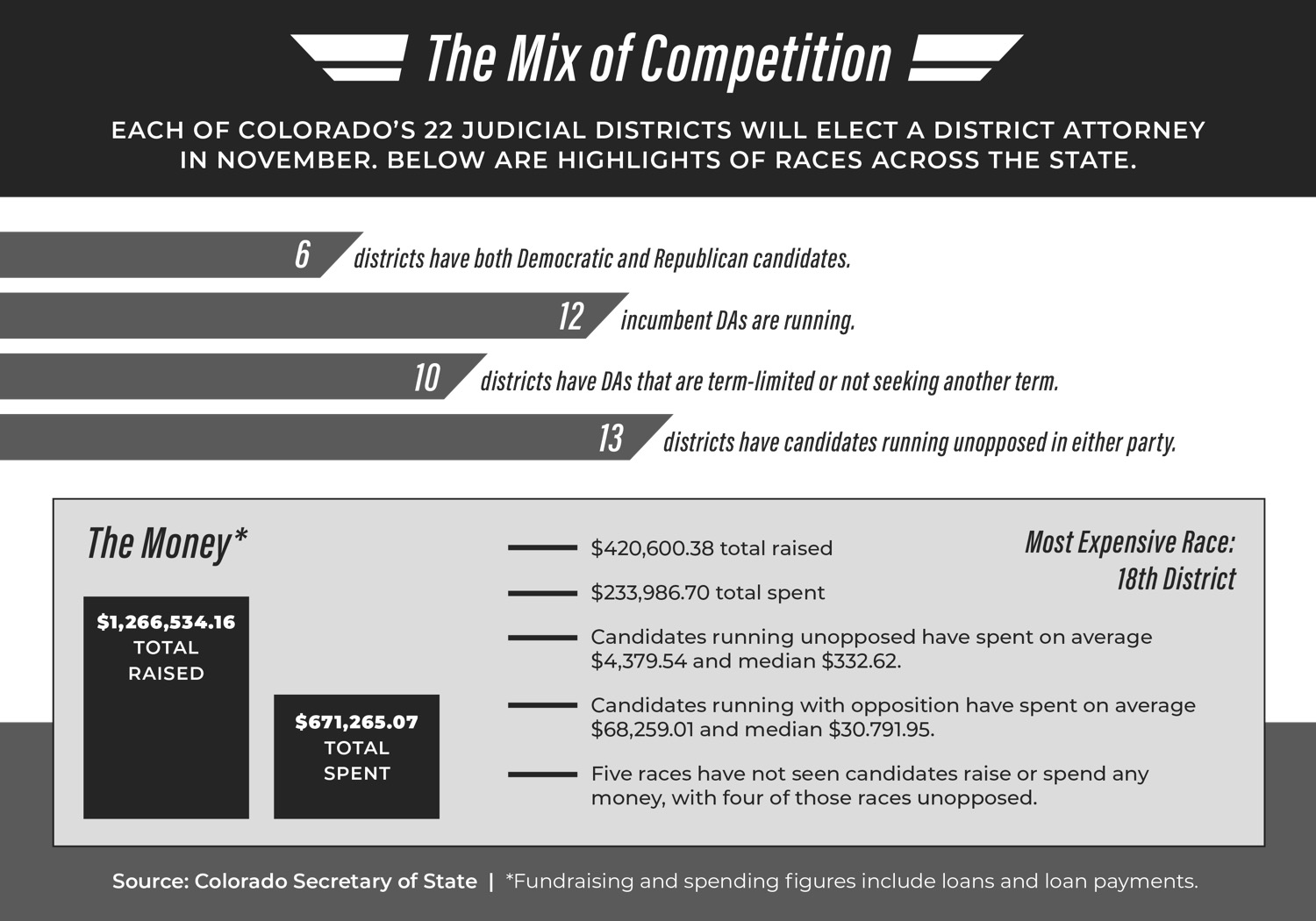 District attorneys are limited to two four-year terms in most of Colorado’s districts. Ten districts have their current DA running for another term, 10 will elect a new top prosecutor and two districts have interim DAs seeking a term.

Partisan in Name Only?

The races in the 6th, 15th, 16th, 21st and 22nd districts have not seen candidates raise or spend any money. Four of those races are unopposed.

Of unopposed candidates, current 2nd District DA Beth McCann has raised and spent the most.