Making His Mark: Activist Simon Tam Speaks in Denver
Founder of The Slants talks about the long battle to trademark his band’s name at CBA event 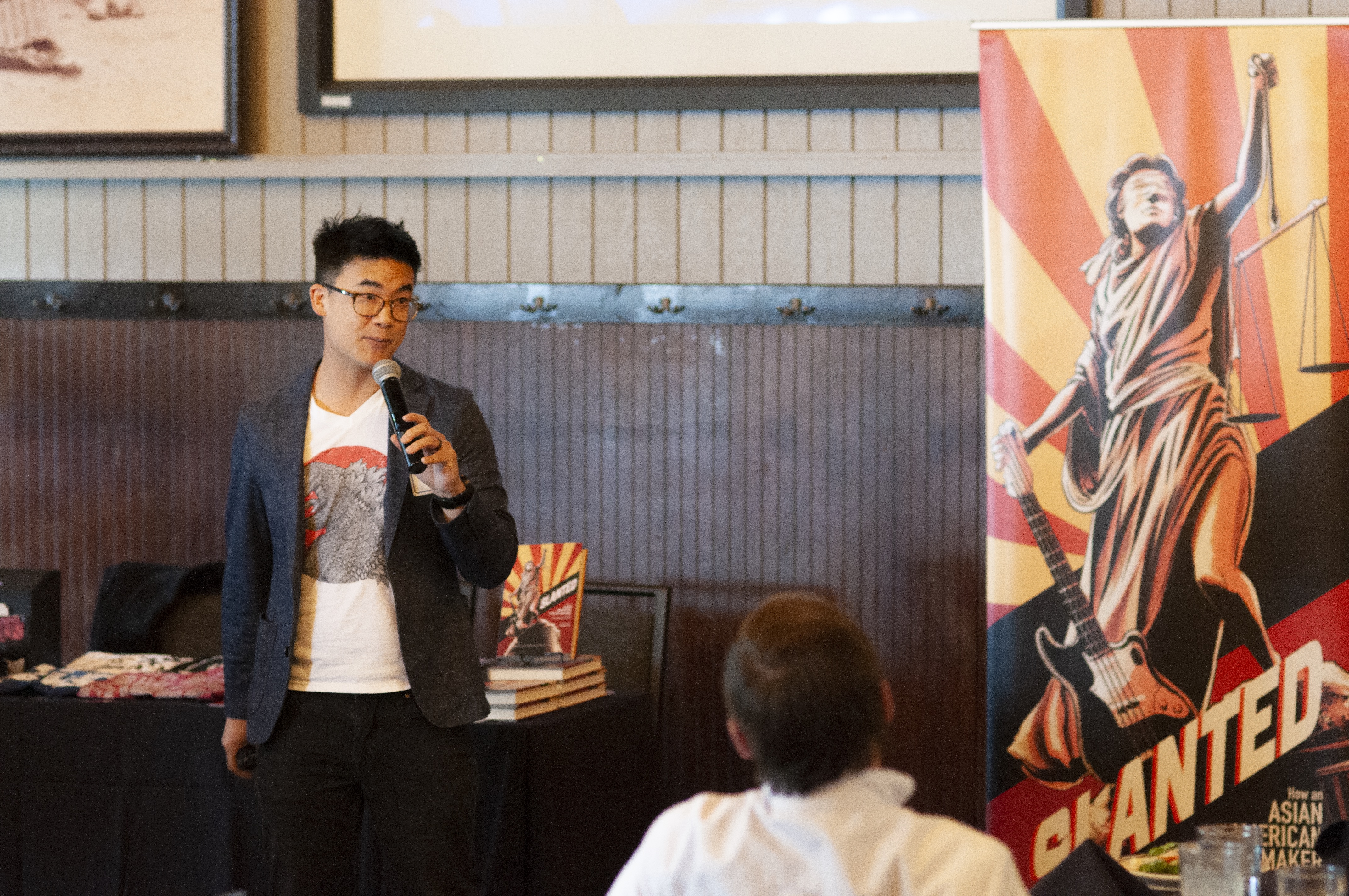 What kind of evidence would you bring to the table to show you’re not offensive to yourself? Simon Tam posed that question to a group of attorneys gathered Thursday in Denver. It’s one he spent years trying to answer as he fought to trademark the name of his band, The Slants.

He finally won that battle in 2017 in the landmark U.S. Supreme Court case Matal v. Tam. Now he travels the country to speak at events like the one held Oct. 10 by the Intellectual Property Section of the Colorado Bar Association at Denver ChopHouse.

Tam founded a band in Portland, Oregon in 2006. They needed a name, and the band’s members were Asian American, so Tam asked his friends, “What’s something you think all Asian people have in common?” Their answer: slanted eyes.

Tam said he associated slanted eyes with shame, fear and embarrassment — a reminder of the bullying he faced growing up. But, he thought, why not reclaim the stereotype and turn it around?

“What if we change it from embarrassment to empowerment, from shame to this idea of self-pride? And so, the idea for The Slants was born,” Tam said.

While they hadn’t meant to start a political project, the band started getting mail from young fans thanking them for representing Asians in a new light. The band started taking classes on diversity and counseling and got involved with social justice organizations.

In 2009, Tam’s friend Spencer Trow- bridge, an IP attorney in Portland, suggested the band trademark its name, a process Trowbridge said would be cheap and quick. In the spring of 2010, Trow- bridge told Tam the Patent and Trade- mark Office had rejected the band’s application because they deemed its name disparaging to people of Asian descent, and Section 2(a) of the Lanham Act prohibits registering marks considered “scandalous, immoral or disparaging.”

To read the rest of this story and other complete articles featured in the Oct. 14, 2019 print edition of Law Week Colorado, copies are available for purchase online.